As a studio owner, isn’t it a dream goal to end each day with your head on your pillow knowing that your fitness studio is financially secure—and that you have plenty of potential members in the pipeline to convert into paying members?

But… the question is, how do you get from dream to reality? Here are the steps to take to realize your fitness studio’s membership growth and revenue potential—while you’re sleeping.

Just because you’re done working, doesn’t mean your potential members are. So, make sure you’re running Facebook and Instagram ads around the clock, 24/7. Then, make sure you’re retargeting people who engage or show interest to get them to the final step: scheduling classes and purchasing memberships. Getting in a flow and system like this will start automating your lead generation and inevitably lead to increased memberships.

The most common question fitness studios ask is, “But what if someone sees our ad and wants to call us but we’re not open?” It’s a fair question, but Loud Rumor’s data shows fitness studios generate leads at a far lower cost by running ads during off-hours. How? The math is in your favor. If your fitness studio only runs ads when you’re open, that means you’re running a lower number of active campaigns and getting in front of fewer potential members… leading to far fewer leads generated.

Think about it this way: If you were to see an ad at 11 p.m., would you assume the company is open? Probably not, right? That’s just when YOU may happen to be most active on social media, making it the best time to reach you.

If you do get messages or questions during off-hours, follow up with people first thing in the morning and you’ll have generated far more leads than nearby competing studios, which brings us to step #2.

Leads can end up being leads for a long time or a very short time. In an ideal scenario, however, the follow-up time on your end will be very short. These potential customers want and deserve attention, follow-up, and guidance from your fitness studio. Reward their social media interest immediately with a follow-up call.

If a potential member fills out your landing page form during business hours, your goal should be to follow-up in real-time. Why? In a fascinating MIT study, they found that the opportunity to contact leads plummets 900% if you don’t follow up within just 5 minutes—that is when their interest is at its peak. Acting quickly will not only increase your chances of getting them on the phone, it will also help move leads from “cold” to “hot” much faster, increasing the likelihood they’ll convert (i.e. purchase a membership).

It’s also important to use automation, especially for those leads who fill out a landing page form during off-hours, to make sure they get an email immediately explaining the next steps and expressing your gratitude for their interest.

What’s the goal? Get them in front of a salesperson who can convert them into a paying member.

What should happen while you’re sleeping

These steps will take your lead generation to brand-new heights and guide your leads along their member journey. Before you know it, you’ll wake up every morning with tons of leads in the pipeline, which is more membership opportunities, then you’ll know what to do with, which leads us to the next question.

Should you hire someone or DIY (do it yourself)?

This is the ultimate debate. You’d think—since we’re in the business of partnering with fitness studios—we’d jump at the chance to say, “Hire someone!” but we think it depends on you, where your fitness business is at, and what you’re capable of producing on your own within your budget versus what working with an outside company will cost.

There are two key factors here: time and money.

First, let’s talk about time. Based on where your fitness business is now, do you feel you have the time to dedicate to lead generation, running successful ad and retargeting campaigns, and staying on top of what works and doesn’t work, along with keeping up with the latest advertising trends?

If so, great! You’re way ahead of the game. Now, let’s say you have time for all of that, and you’re implementing your own campaigns, what’s your cost per lead (CPL)? If your CPL is high, something’s amiss in your campaign. If it’s low, then that means your time has been well spent.

Here are the advantages of hiring someone for lead generation:

Whichever route you choose, the steps above are still the best ways to generate and close leads as well as to create brand awareness separation between you and your local competition. Take these steps and you’ll become the go-to fitness studio in the minds of the local community and that’s exactly how you grow your studio while you sleep. 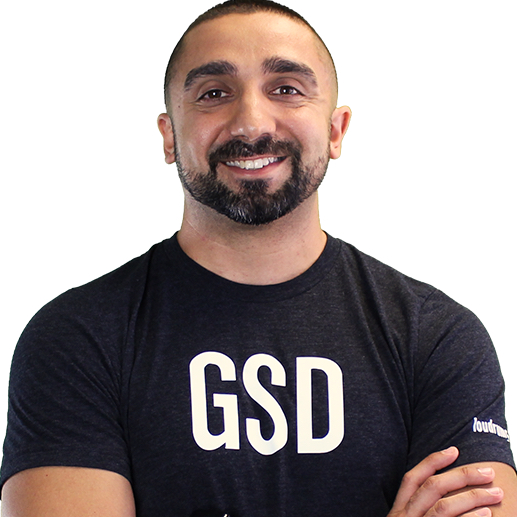 Mike Arce is the Founder & CEO of Loud Rumor, the #1 marketing and advertising agency for fitness studios worldwide and host of The GSD Show where he interviews the biggest names in the fitness industry to help studio owners grow and scale their businesses. Mike is also the host and creator of GSDCON, an annual fitness business conference where thousands of studio owners and their employees learn everything necessary to radically grow their fitness businesses.
Mike Arce

FitGrid is the only smart community management software that helps fitness studio owners drive success. By connecting staff, instructors, and clients through a powerful learning and recommendation grid, we help you leverage the power of your community to drive your studio’s profitability.