Must-Haves for Studio Owners and Instructors

FitGrid offers tools for studio owners to increase retention and grow their community through easy-to-use software and apps. 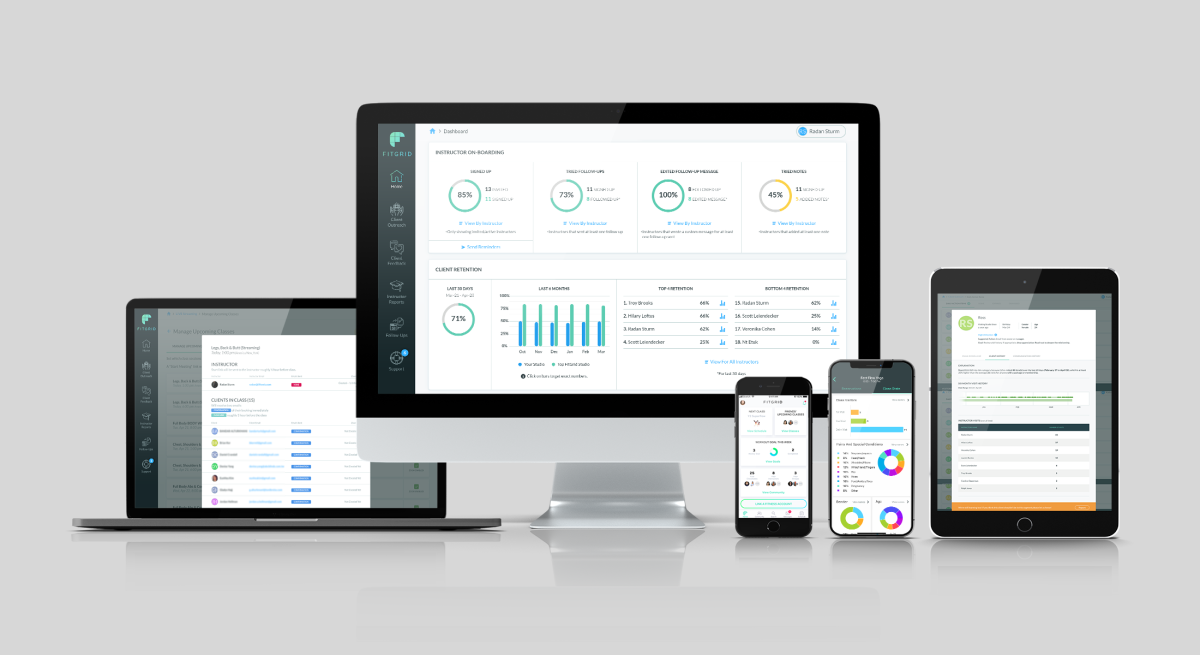 Whether it’s the instructor remembering your face in class or the gentle reminder that you haven’t visited the studio in a while, boutique fitness studio owners know that building a connection with each client is key to keep them coming back. Retaining these clients, however, can be time-consuming and laborious, as many owners know. Thankfully, FitGrid has built a better way of retaining those students without draining precious resources through its FitGrid Pro instructor app and FitGrid Studio dashboard.

FitGrid Studio helps studio owners manage their studios and grow their communities through smart client outreach, instructor reports, “win-back” technology, and thorough analyses of the core variables in a studio business. Whether it’s sending that client you haven’t seen in a while an encouraging email to join the next pilates class, or segmenting the client base to increase retention through tailored messaging, FitGrid Studio allows studio managers and owners to add a personal touch to each interaction efficiently and effectively.

For instructors, FitGrid Pro enables them to create deeper connections with clients while receiving direct feedback on their instruction. This gives them the tools they need to engage with clients, encourage return visits, and increase studio loyalty.

The testimonials and data about the value of FitGrid from studios across the country speak for themselves:

The Bar Method Broadway has used FitGrid since January of 2019 and now has an 81 percent average open rate of follow up messages sent to students (compared to the industry average rate of 20 percent). The studio’s favorite aspects of the platform include the ability to write specific notes about clients to inform other teachers and use in future classes, as well as the ability to send thoughtful messages to the new students, giving them the personal attention that makes them want to come back for another class.

Houston-based Pure Body Studio needed to stand out in the city, especially as a single studio among countless studio and gym franchises. To motivate clients to come to an early class or get out of the house on a rainy day, the owner used FitGrid to build instructor-client connections that were effortless and efficient. During their first year using FitGrid, Pure Body Studio found that 65 percent of first-time clients came back to the studio after receiving an instructor follow-up message, compared to the 13% of first-time clients that came back after not receiving a follow-up message.

Rush Cycle Denver has used FitGrid to achieve two goals—sell memberships and retain the members. Instructors used FitGrid to create custom messaging for every kind of client—those who were new to the studio, new to them or had only taken a class a few times. After just 6 months of instructors using FitGrid Pro, Rush Cycle saw a 24 percent increase in client retention, creating the “family-like atmosphere” they were working toward while growing their client base. After nearly two years, Rush Cycle has fully adopted FitGrid into the operations of its studio.

These are just a few examples of how FitGrid’s powerful tools work together to build communities and boost acquisition, revenue, and retention.